If you watch any movie from the early 2000’s you will see Nokia phones everywhere! Why? They were the biggest cell phone brand in the world. In 2003, they released the “Nokia 1100” which became the best selling mobile phone of all time.

When Apple release the iPhone in 2007, half of all smart phones in the world were Nokia’s, whereas only 5% of people were Apple users.

Five years later, Nokia’s value dropped by 90% and the iPhone was crowned king.

What happened? Nokia rested on it’s laurels and stopped innovating. They reached the top and fell asleep. They thought they had no competition and therefore didn’t feel push to create a better experience for their customers.

Apple blew up and by the time Nokia realized what was happening, it was too late. In just over 5 years Apple knocked Nokia off it’s pedestal. 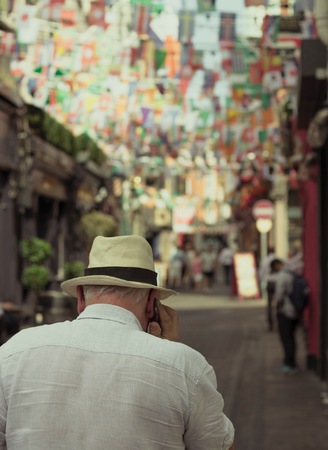 We can take two lessons from this story.

2) If you are at the bottom – keep grinding. It only takes five years to slay a sleeping giant.